No Human Is Limited and Explore Perfection

"COROS matches with my ambition and my goal that is "Explore Perfection".

"I am really happy to know that together we can move this world toward perfection."

The term "Sub 2" holds different meanings to different runners. To the high school middle-distance runner, it is a barrier for the 800-meter run – two laps around the track. To the everyday runner, it is the quest to run a half marathon – 13.1 miles in less than 2 hours, about a 9:09 mile pace. However, to many the term "Sub 2" gained notoriety because of one man doing what no one thought would be possible, to run a full marathon – 26.2 miles in under 2 hours. That man of course is Eliud Kipchoge the newest COROS Pro Athlete.

Eliud is an incredible athlete, but he is also a tremendous human being. Our shared mission to remove limitations from the everyday athlete personified by our respective slogans: No Human is Limited and Explore Perfection are what made this relationship such a perfect fit. Eliud was a force to be reckoned with long before he chased the elusive Sub 2 marathon being featured in news outlets throughout the world. Born in Kenya, where he still trains with several teammates from the Kenyan national team and the elite NN Running Team of which COROS will be the official GPS Watch partner.

Eliud started his career as a 5,000m runner – earning a gold medal at the 2003 World Championships in Paris when he was just 18 years old followed by 2 silver and 1 bronze at the distance in subsequent Olympics and World Championships. However, it was after switching to the Marathon in 2013 that Eliud really started to make his mark on the running world.

No one has run as fast as Eliud Kipchoge for the Marathon distance, be it on a certified course, where Eliud holds the World Record of 2:01:39 from Berlin in 2018 or in a special attempt where Eliud because the first and only human to break 2 hours, running 1:59:40 at the INEOS 1:59 Challenge in Vienna in 2019.

Now after a strange 2020, that like all of us, has limited his ability to run with his training partners, and showcase his fitness in races, Eliud is ready to go after a second Olympic Marathon Gold Medal (his first came at the 2016 games in Rio). While being the defending champion and World Record holder comes with a target for competitors, Eliud now has a not-so-secret weapon for his training – the COROS PACE 2.

"I cannot train without a watch. I am a marathoner, you know when I am going for long runs, you wear the lightest thing to make you comfortable.COROS actually makes the lightest watch ever, which is good for me. It’s like I am running without any watch on my hand"

After training with COROS PACE 2 for the last several months, Eliud knows that the variety of performance metrics along with several other great features such as the lightweight (29g) and the incredible battery life, will help him be at his best when it matters most.

"The night mode actually is awesome. I normally wake up very early and even running fast in the dark for maybe 30 mins on the track. And immediately when I just see my watch with the light, and I am really on the note about the base I am using all the time. Night Mode is playing a big role in my training, and in the morning as far as my COROS watch is concerned."

Night Mode plays a surprisingly large role in Eliud’s training. Having the backlight always on, allows him to quickly see all of the statistics offered on his watch when he starts his pre-dawn runs. The backlight automatically turns off at sunrise, helping to conserve battery for future runs.

"The POD actually gives me a lot of things. First, I need to know, the POD actually tells me that I have to relax. It shows how big are my steps and the balance of my two feet. And that’s important for me"

You do not arrive at the pinnacle of the sport without having a full grasp of the training even with the help of a coach along the way. Eliud is a true student of the sport and of the science and data that helps him become a better runner. He specifically had an interest in the COROS POD as it would provide him and his team additional crucial data points which he will use to stay healthy and fit.

Although Eliud has access to many great resources to aid his training including coaching, it is not hard for him to recognize the benefit of having direct access to training plans directly on your watch. Eliud will be able to utilize these features not just for running but also when doing strength work in the gym which is another key element of his training. 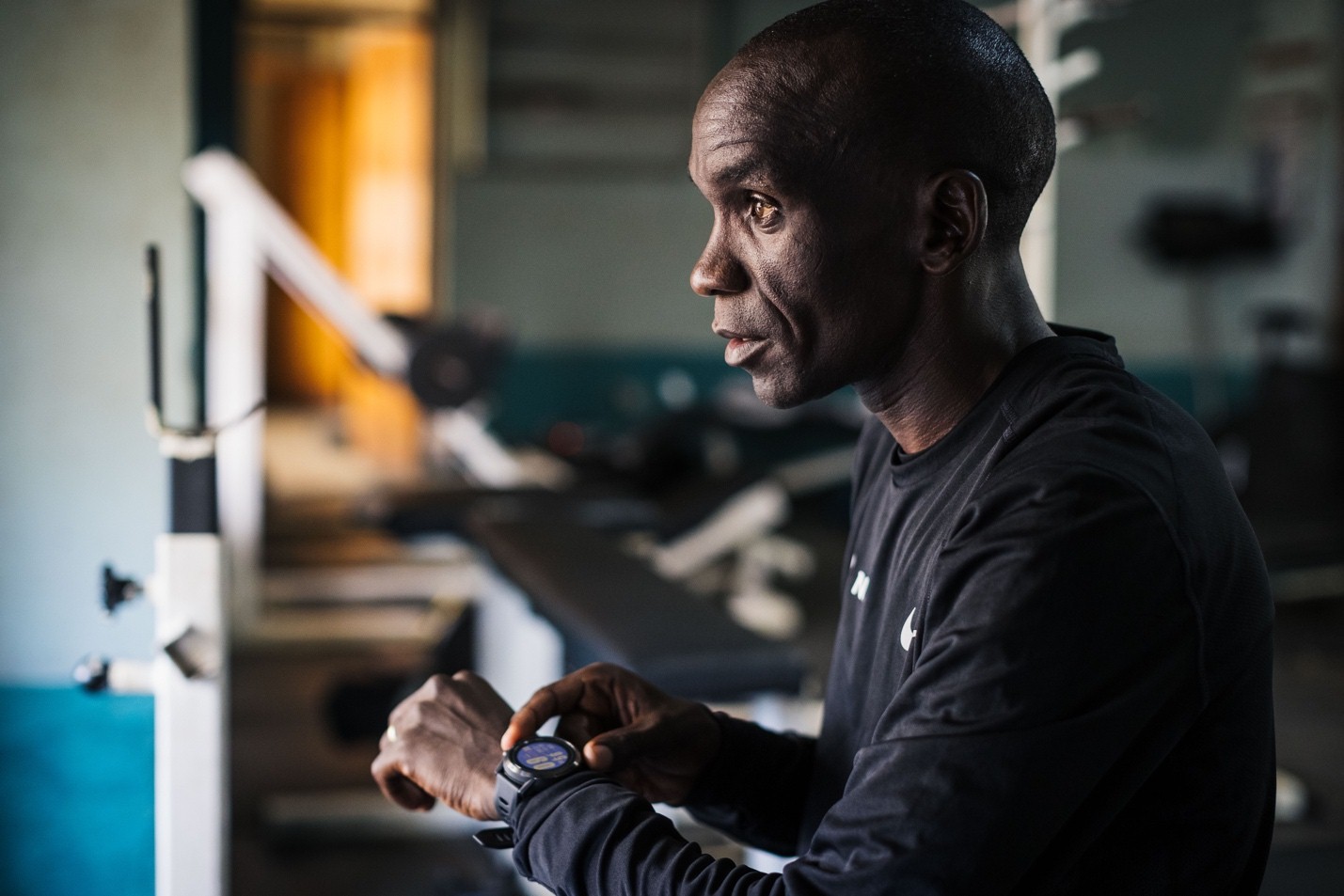 "I am actually happy to be involved and giving ideas on how to develop the watch. How to actually upgrade. What technologies to be had, what will make it really easy for athletes to just grab the watch and continue.
I am really happy, and it is cool to actually give my feedback in writing or even actually in calling
I am very happy to partner with COROS and give my own honest feedback."

As the world’s greatest Marathon runner, along with teammates from the NN Running team who have also set world records in various distances on the roads and track, Eliud will only help COROS become better as a company as well. His feedback has and will continue to be held in the highest regard and used to continue to innovate and make the best GPS watches and training technologies available to all athletes, not just the elite. We are tremendously honored to work with a man of Eliud’s talents and more importantly his character and cannot wait for you the COROS users to benefit from this relationship as well. 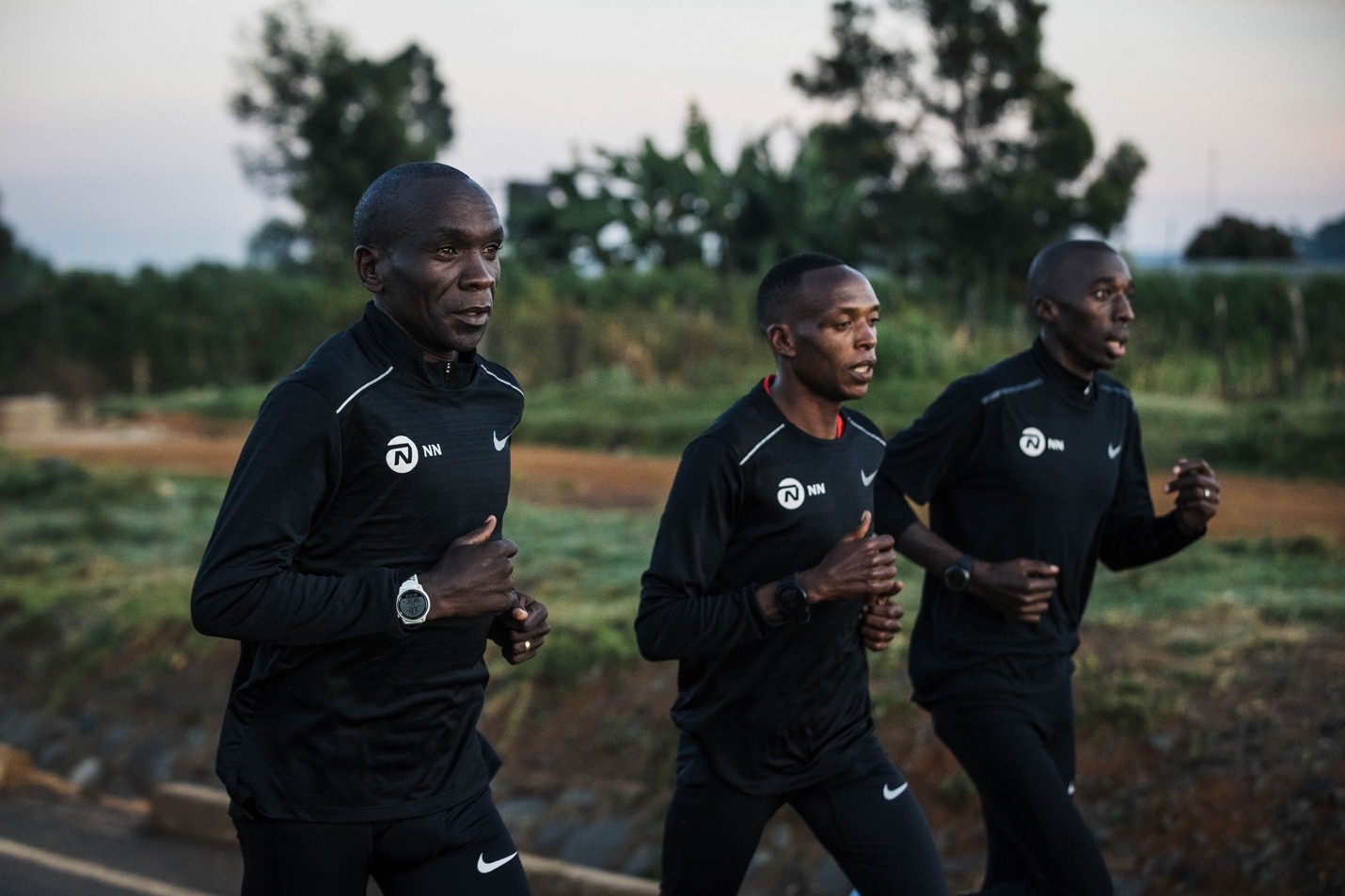